Krabi has an enviable position as a southern province on Thailand’s Andaman seaboard with one of the country’s oldest histories. Tourism is quite lively here, even in the off season (the rainy reason), which is just about to end now, thankfully.

There are several beaches in town including Ao Nang, Ao Phra Nang and even more popular islands close by like Koh Lanta, and even the infamous Koh Phi Phi, made famous by Leo DiCaprio’s beach thriller, … “The Beach”

Now, although the most popular activity here is rock climbing, snorkeling and scuba diving and island hopping, if you are looking to do the former its best you come here during the dry season. Since weather wasn’t on my side this time I spent a lot of time exploring Krabi’s walking streets, sights and shops on foot and by relaxing by the well-appointed pool of the Ao Nang Orchid Resort. Thanks to the seemingly endless surrounding mountains, the views were quite breathtaking.

Ao Nang Beach and Ao Phra Nang beaches are some of the most shell-covered (shelly ?) that I have ever visited,  and the ocean waves were not very calm. All this made for a less than ideal casual swimming and walk down the beach barefoot kind of environment.  I took this few in a lifetime chance to write my name, not in the sand, but rather in the shells of the beach, how often can you really do that?

So if you’re looking for the super soft white sand beach and calm turquoise waters of the Andaman, you gotta look elsewhere. Not to fret though, if that is what you are after, I’d recommend heading to Koh Phangan, Samui or Tao. You’ll even find boats heading in those directions directly from the mainland leaving multiple times per day.

I’m going back to my shell collecting now, Kash signing out. 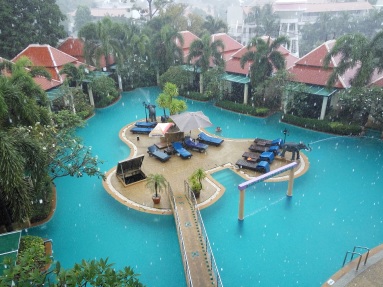 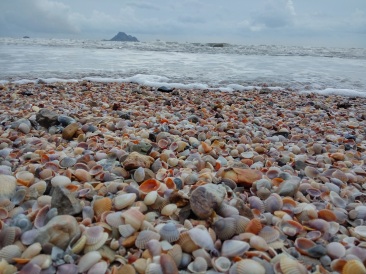 Most shell covered beach ever 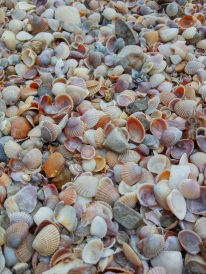 Shells on the beach

How often can you write your name in shells?